MASSACRE AT THE SATICHAURA GHAT

The Indian Rebellion of 1857 was a revolt against the rule of the British East India Company, which functioned as a sovereign power on behalf of the British Crown. In 1857 the Company ruled over nearly all of India, and had their own Colonial Army of over 300,000 sepoys (native enlisted men) and about 50,000 British officers. Many native Indians had long resented British rule, including invasive social reforms, harsh land taxes, and elimination of traditional customs. The Peshwas (potentates) and princes of local provinces had lost considerable wealth, titles and domains and wanted it back.

The final spark was provided by the ammunition for the new Enfield 1853 rifle which had recently been issued to all the sepoys. These rifles fired bullets called Minié balls, which were contained in paper cartridges that came pre-greased. To load the rifle, sepoys had to rip open the cartridge with their teeth to pour the gun powder down the barrel.

The grease used on these cartridges was rumored to contain beef tallow, the mere taste of which would damn the devout Hindu soul for eternity. The old Indian ruling class, looking for a way to regain lost wealth, was eager to foment a revolution based on religious persecution. 90 percent of the 300,000 sepoys were Hindu, and the old Peshwas hotly fanned the flame of these rumors.

The rebellion began on May 10th, 1857 at the large military cantonment of Meerut, when 85 sepoys were court martialed and sentenced to 10 years hard labor for the crime of insubordination when they refused to use the rifles. Several thousand native soldiers, watching as their countrymen were stripped of their uniforms and placed in shackles, broke into revolt and killed all the European officers. The mutiny spread quickly, and the rebels captured large amounts of territory and military equipment. At Cawnpore, about 1,000 British troops under the command of Gen. Hugh Wheeler, their families and a few loyal sepoys, moved into a fortified entrenchment. 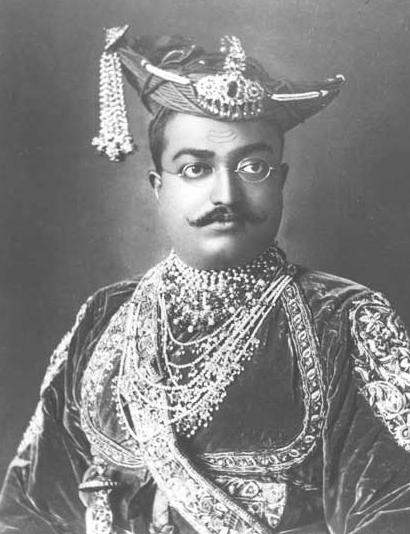 In late May 1857, Nana Sahib, a usurped prince promising gold and land for any that joined him, advanced up the Grand Trunk Road toward Cawnpore with an army of fifteen thousand Indian soldiers. Nana Sahib was the adopted son of Baji Rao II, the ex-peshwa of the Maratha Confederacy. His father had controlled vast land and had been a powerful man before his recent death of natural causes. The East India Company, greedy to claim Baji Roa’s land and wealth, exercised the “Doctrine of Lapse,” a law they created for annexing property and land. Under this BEIC policy, the property, British stipend, and political power of Rao II would not be passed on to Nana Sahib, claiming he was not a natural born heir.

Nana Sahib and his father had been life-long close friends of Gen. Wheeler, and the Nana had made a loud, public declaration of loyalty to the British in Cawnpore. However, he secretly planned to restore the Maratha confederacy under the Peshwa tradition. Wheeler was very eager to believe Nana’s claims of fidelity, and accepted the Nana’s generous offer of having his men guard all the arms and ammunition depots, which were located outside the cantonment walls. However, Nana’s men surprised the British and captured a massive amount of munitions. Now armed with British cannons and rifles (and somehow finding ammunition that wasn’t tainted) Nana’s rebel sepoy army numbered over 20,000.

On 5 June 1857, Nana Sahib sent a polite note to General Wheeler, informing him that he intended to attack on the following morning, at 10 AM. On 6 June Nana Sahib’s army attacked the British entrenchment, but the British repulsed them with heavy losses to the rebels. Nana Sahib’s forces encircled the entrenchment, and established sniper and artillery positions, firing relentlessly into the entrenchment. The British held out for three weeks, but many died as a result of sunstroke and lack of water during a record heat wave. Eventually, after three weeks of siege, Nana Sahib offered Gen. Wheeler safe passage for his people to Allahabad.

At dawn on the morning of 27 June, the battered British Contingent of 300 British soldiers and 600 civilians, women, and children made their way to the Satichaura Ghat on the Ganges River. The Ghat was a small stone Hindu temple, with steps leading down to the water where the native population bathed, conducted religious service, and conducted the ceremonial water burials.

When the column reached the river, they discovered the normally powerfully flowing Ganges was extremely low and had receded several hundred yards from the normal banks. A fleet of forty or so thatched-roof old fishing boats sat on the muddy bank, supposedly waiting to take them to Allahabad. Hundreds of sepoys were positioned on both banks of the river, and the few British survivors later claimed that the rebels had placed the boats as high in the mud as possible to cause delay.

Once the boats were loaded with passengers, the British found it difficult to drift the boats away in the slow current and thick mud. As the British soldiers struggled to free the boats, the boatmen slipped over the side after packing red hot coals into the dry straw roofs. Suddenly, the sepoys unleashed a deadly barrage on the refugees and many of the boats, filled with sick and wounded, quickly became blazing traps. Under heavy fire, the British party tried to push the boats off but only three boats escaped the carnage. Once the rifle volleys had killed most of the British, rebel sowar cavalry, with pistols blasting and swords slashing, charged into the water to finish off any combatants. By the time the massacre was over, only a four soldiers escaped, and one hundred and twenty women and children were taken hostage. The captives were taken to the Bibighar, a small, villa-like residence that had once served as a large house of prostitution. Nana Sahib placed a prostitute named Hussaini Begum, in charge of the prisoners. Called the “the Begum.” she had been a courtesan in Nana Sahib’s palace.

Upon hearing of the massacre, a large column of BEIC British troops under General Henry Havelock set out from Allahabad to Cawnpore. Later to be known as the Army of Retribution, it left a wide swath of destruction in its wake as it fought its way across India. Around July 15th, upon hearing that Havelock’s force was nearing Cawnpore, Nana Sahib ordered that all of the hostages at the Bibighar were to be killed. Two Muslim butchers, two Hindu peasants and one of Nana’s bodyguards went into the Bibighar armed with knives and hatchets and murdered the 120 women and children.

When Havelock’s men reached the Bibighar, they had expected to find the hostages alive. Instead, they found the horrific scene of a floor thickly covered in blood and littered with clothing, bonnets, shoes, and keepsakes of the murdered. Shocked, sickened, and outraged, Havelock’s men responded in brutal fashion. Hundreds of Hindu rebels were rounded up and taken to the Bibighar where they forced to lick the bloodstains on the walls and floors, and to lick beef to eternally damn their souls, before being executed. Most were hanged, but some strapped over an artillery barrel and “blown from a cannon.” “Remember Cawnpore” became a war cry for the British for the rest of the conflict.

REBELS BEING BLOWN FROM CANNON

Prior to this, back home in England, there had been a large and growing anti-imperialism and anti-colonialism sentiment against the BEIC. However, when news of the massacre reached London, these movements lost all support. The British public was aghast at the atrocities carried out against British and European civilians by the rebels. The British press was filled with huge, screaming headlines and stories of rape and murder of civilians and wounded British soldiers. The “Retribution” was considered justified.

On 8 July 1858, the rebellion ended. It was also the end of the East India Company’s rule in India. In August, by the Government of India Act, BEIC was formally dissolved and its ruling powers over India were transferred to the British Crown. Nana Sahib disappeared, and it is not known what happened to him.